Open Museum is a series of lectures, workshops, meetings and screenings organized at the Museum of Modern Art in Warsaw.

As part of the latest edition of Open Museum we would like to invite you to a session culminating the long-term international project named FORMER WEST. “Art and Labor after the End of Work” is an attempt at a collective reflection on the relation between various forms of precarity and creativity. A multinational group of activists, researchers and artists will take a close look at the differences and similarities between the uncertainty that accompanies artistic professions and the existential risks that constitute the everyday experience of workers at the lower end of the professional and social hierarchy. We will debate whether flexible employment really changes the class structure of the society and how different those processes might be in peripheral and highly developed societies.

“Museums and the Community” is a series of meetings organized in cooperation with the University of Warsaw's Institute of Polish Culture. Its aim is to attempt a comparative analysis of the identity strategies of several significant Polish museums: the National Museum in Warsaw, the Museum of the History of Polish Jews, the Museum of Polish History, the Warsaw Uprising Museum, the Fryderyk Chopin Museum and the Museum of Modern Art in Warsaw. Each institution has its own basic focus: from an encyclopedic presentation of heritage, through the history of a minority, modern and contemporary art, up to historical events and individuals. At the same time, they all make significant references to the symbols and values that are present in the public debate. This cycle will pose questions about the addressees of exhibitions, whose interest the exhibitions generate, or how their accompanying events are defined – which will in fact be questions about the definition of a nation, a society and its values.

During the open meetings, which will follow a query, the researchers will talk to the directors of the six participating institutions and both Polish and foreign specialist in museology.

The second series of meetings is a round of seminars titled “Men, Fascism and Desire”, focused around Klaus Theweleit's “Male Fantasies” - a cult “psychoanalysis of white terror” (the book, nearly 40 years after its first edition, is now being published in Polish).

While many respected voices worriedly consider the dangers coming about from the rebirth of right wing extremism all around Europe, it is with great urgency that we must ask ourselves if we are able to face the contemporary nature of fascism. The fascism that may not appear dressed in black or brown shirts and that, contrary to the mitigating theories, is not necessarily only associated with political totalitarianism.

The aim of this cycle, led by Michał Herer and Mateusz Falkowski, is to read Theweleit's book together and discuss the proposed understanding of the phenomenon of fascism. Apart from excerpts from “Male Fantasies”, they will suggest reading fragments of other texts which will shed light on certain issues covered during the meetings.

The last cycle, titled “Between 'old objectivity' and 'naive conceptualism'”, is directly related to the current exhibition at the Museum of Modern Art in Warsaw. The series of meetings, prepared by Krzysztof Pijarski, is an attempt to open Zofia Rydet's “Record” to questioning, to problematize it and show where and how it goes beyond its boundaries, what interpretations it offers. During the meetings (with Ewa Klekot, Witek Orski, Łukasz Zaremba, Ulrich Polchman, Ewa Tatar and others), we shall try to answer questions about the status of the artist's opus: is it artistic, is it scientific, or is it, above all, a testimony of its time?

The Open Museum program is based on Oskar Hansen's Open Form theory. Following his thought, we will underline the process of collective learning, which replaces the traditional hierarchical passing on of knowledge. We also take inspiration from Hansen's negation of the primacy of specialists, a constant drive to put their knowledge in categories that anyone can understand. We try to enter the “black boxes” of specialist knowledge as the “public amateur”, taking apart the stationary wholes, disbelieving the obvious preconceptions and suggesting alternatives.

Knowledge defined this way is a constant effort of understanding – of searching and giving meaning – and therefore an area for communication. At the same time, we underline the importance of building a common vocabulary for various fields – it is the diversity of approaches and perspectives that shows reality in its complexity and dynamics. Open Museum is a museum of open knowledge. 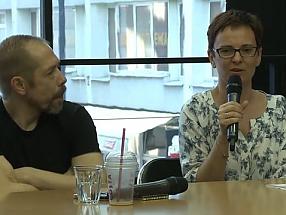 Contemporary prose about society and democracy 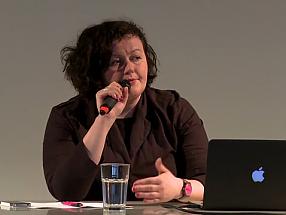 Weak resistance and strength of the powerless. The weak avant-garde - a feminist analysis 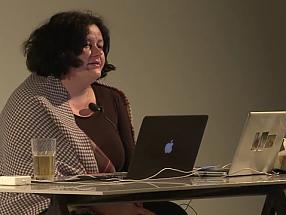 On Weakness, Solidarity, and Non-Heroic Resistance. The Weak Avant-garde – A Feminist Analysis