He was discovered „for the Avant-guard” by Maria Stangret-Kantor. Krzysztof Niemczyk was walking along the streets of Cracow with wings of a poet on his arms, took bath in a fountain at the Mariacki Church, rolled a bid head of cheese out of a state shop within the frame of a spectacular theft action entitled „Dziubara”(„The Stealing”). 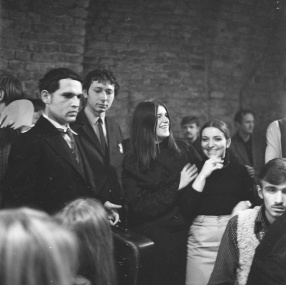 KRZYSZTOF NIEMCZYK with wings of a poet DURING THE HAPPENING OF LECH AND WACŁAW JANICKI, 1969 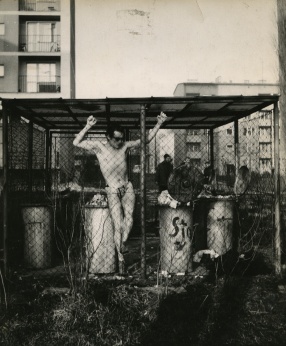