Berek is about a part of history that is treated as »untouchable« and about overly painful memories, when the official commemorations of this history are not enough. The murdered people are victims—but we, the living, are also victims. And as such we need a kind of treatment or therapy, so we can create a symbolic alternative; instead of dead bodies we can see laughter and life. Berek is about how we can engage with this brutal history and work with imposed memory. It’s possible to have active access to history, and to attempt to emancipate ourselves from the trauma.

I was accused by the director of Martin-Gropius-Bau, Gereon Sievernich, of not respecting the dignity of the victims of the Holocaust, and he removed Berek from the exhibition Side by Side. Poland – Germany. A 1000 Years of Art and History, curated by Anda Rottenberg (September 23, 2011–January 9, 2012). Sievernich seems not to be conscious of the fact that acts of censorship always hurt the dignity of the living. He pretends to know what the truth is and imposes his own version of things, instead of allowing for debate.
Anthropologist Joanna Tokarska-Bakir recently sent me a comment on the controversy:
It’s interesting how the whole issue with Berek explodes now. The video is old. I would emphasize the fact that it is a way of breaking with the kitsch of the Holocaust—which is presented as the guardian of memory, while at the same time that very memory is destroyed, ensuring that the Holocaust would remain a Jewish-only issue. Your video is a way of dealing with the violent appropriation of the Holocaust—through a shock re-coding of that which has become congealed in the solemn interpretations controlled by the »high priests.«
I would also say that—and I feel it more than ever—all of us, who feel there is still a lot left to say, find it more and more difficult to reach the audience, as nobody wants to hear about the Shoah anymore. Phenomena as excessive as the Holocaust and its representations can never take their proper place—there is always too little or too much of them. (…)
The common opinion in Poland is that there is too much of them. It seems that this man [Hermann Simon, director of the New Synagogue Berlin – Centrum Judaicum Foundation, who sent a letter to Sievernich expressing his condemnation of the video], also thinks that way—he does not understand the language of art, but he is important enough for Germans to listen to him (the German complexes). Someone should explain to him, with all due respect, that he is mistaken. As a victim, he does not hold exclusive rights to the public debate. (…) In Berek you found a pseudonym for something that no one wants to hear about anymore. You tricked the Polish guardians of memory. You placed two things—nakedness and a children’s game [Berek]—in the context of memory: namely in the same situation in which Jews were murdered. And that’s a lot.
That is why we are showing Berek in the 7th Berlin Biennale—to react against this impulse to censor, self-censor, and close off discussion.

Artur Żmijewski is an artist and a member of Krytyka Polityczna (Political Critique), who lives in Berlin and Warsaw. 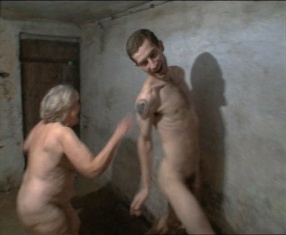 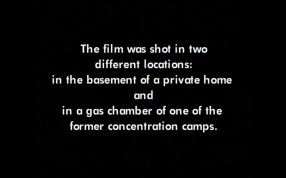